What is Deep Learning ? 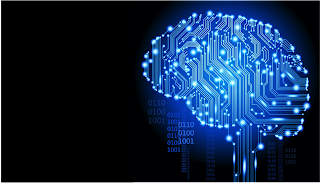 Remember how you started recognizing fruits, animals, cars and for that matter any other object by looking at them from our childhood?

Our brain gets trained over the years to recognize these images and then further classify them as apple, orange, banana, cat, dog, horse, Toyota, Honda, BMW and so on.

Inspired by these biological processes of human brain, artificial neural networks (ANN) were developed.  Deep learning refers to these artificial neural networks that are composed of many layers. It is the fastest-growing field in machine learning. It uses many-layered Deep Neural Networks (DNNs) to learn levels of representation and abstraction that make sense of data such as images, sound, and text

Why ‘Deep Learning’ is called deep? It is because of the structure of ANNs. Earlier few decades back, neural networks were only 2 layers deep as it was not feasible to build larger networks. Now with big data platforms we can have neural networks with 10+ layers.

Using multiple levels of neural networks in Deep Learning, computers now have the capacity to see, learn, and react to complex situations as well or better than humans.

Many technology companies have made their deep learning libraries as open source:


Today we see lot of examples of Deep learning around:
Till now, Deep Learning has aided image classification, language translation, speech recognition and it can be used to solve any pattern recognition problem, and all of it is happening without human intervention.